Run Multiple Instances of Totem (or any other gnome application)

Unfortunately all new gnome applications nowadays use the g_application_run and so they will only allow one instance at a time. For e.g. it's the case for 2 most popular used one like Totem and Nautilus which in multi monitor setup isn't that useful.

Of course you could simply rebuild your own version of Totem and add the --no-existing-session argument but that would still need you to make modification to desktop file and also rebuilding every application you would want multiinstance support isn't the best way in my opinion.

Checking out the g_application_run you can see there is an argument called application-id which is used to detect if application is already running and if it is it will simply focus instead of launching a new version. 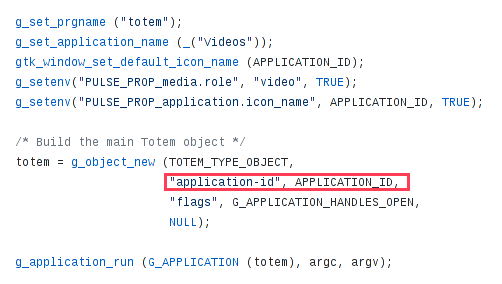 To allow multi instances of the same application just replace the "application-id" in the binary file with whatever you wish (for e.g. application-ie" and there you go.

For e.g. here is a quick command to allow multi instances for totem:

Now you can launch totem as many time as you wish which is pretty useful if you want to view one video on one tv, another one on your monitor and so on.

This method should work for any kind of gnome application, tried with Totem and Nautilus and for both of them it works perfectly so far, just remember if you application gets updated you will have to rerun the above command.